Between 5 and 8% of children suffer from Attention Deficit Hyperactivity Disorder (ADHD), three times more frequent among boys, according to studies by F. Montañés of 2008. It is a neurobiological disorder that affects the behavior and prevents you from concentrating properly, even for an excess of hyperactivity, impulsivity or lack of attention.

Children with Adhd , a disorder previously known as “hyperactivity” or “hyperkinesia”, act automatically, without control, without thinking and cannot concentrate easily. They have problems executing activities, have difficulty sitting, directing attention, or paying attention to specific details. Even if they have no intellectual problems, they are immature in terms of the intensity and duration of their concentration . This is why between 60 and 80% of children with childhood hyperactivity have major school problems, according to studies done by R. Barkley in 1982.

What is the importance of attention and concentration?

Attention and concentration have been key mentalities for learning. This is why the symptoms that the person with ADHD presents makes the school phase difficult. He will have difficulty in assimilating the concepts well and this will cause them not to be correctly fixed in the memory and it will be more difficult for him or her to produce mental associations with other contents already learned. Children with ADHD are mainly used to having problems with reading comprehension and fluidity, with mathematical calculation and, lastly, difficulties in memorizing the spelling rules, making writing worse. 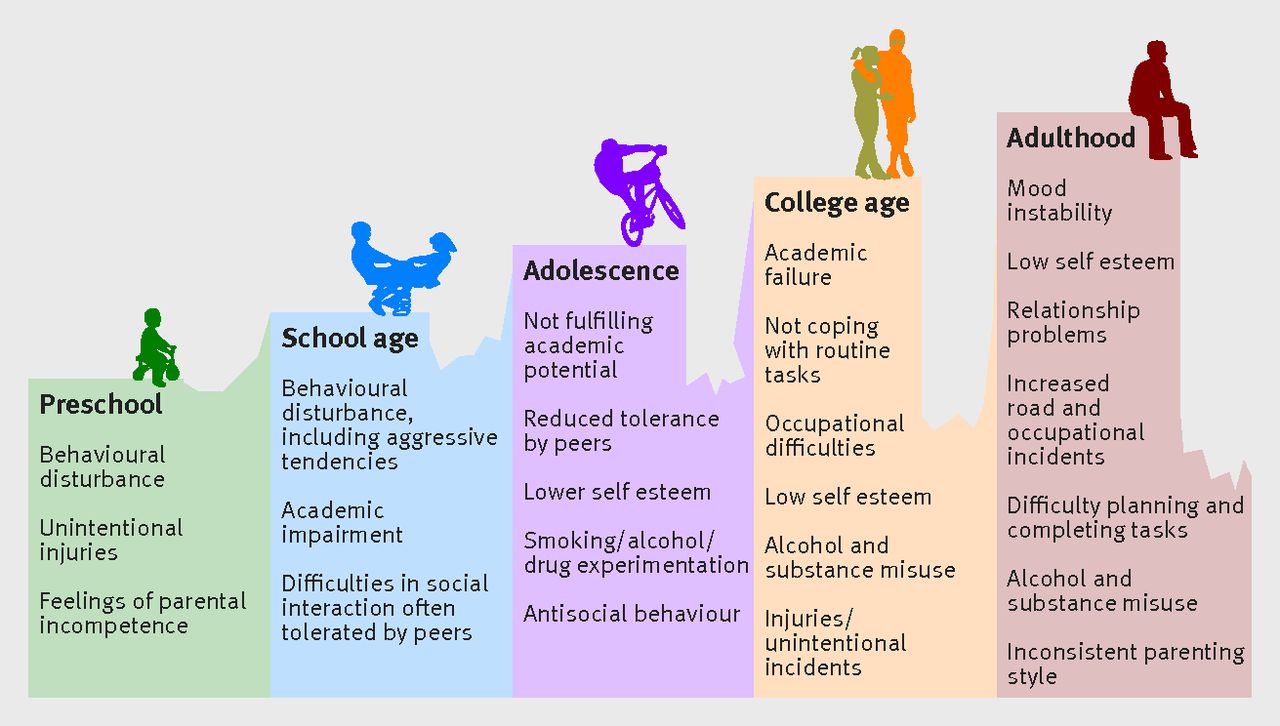